This master bathroom remodel involved a simple, yet elegant use of the existing space, with a standard alcove soaker tub, but also many special features

First step of this master bathroom remodel was a complete demolition right down to the studs. We covered the studs in the tub alcove with tile backer board and used Shluter Kerdi to water seal the entire surface. The rest of the bathroom was re-sheeted with drywall because of all the patching that occurred during an earlier plumbing retrofit project. This master bathroom remodel also includes two floating 2-drawer vanities mounted side-by-side, with two small glass shelves mounted between for an attractive towel storage space. The floor was re-tiled with a slick new wood-grain textured porcelain tile and the tub surround was covered with an off-white porcelain mosaic tile. A water proof, durable PVC mirror frame extends up from the Caesarstone “London Grey” counter into which two semi-recessed ceramic sinks and two modern vessel faucets were mounted. A simple acrylic soaker tub was mounted in the alcove with a handy handshower fixture. An ultra-modern grab bar was also mounted in the alcove for enhanced safety during bathing or showering, and a tiled storage niche was also included. Vanity lighting and three recessed pot lights were also installed for plenty of general light, as well as a LED strip light under the vanity for cool multicolored bathroom lighting effects. Another very special feature is the frame-less bi-fold glass shower screen which acts as an effective water screen during showering, but can be folded onto itself to keep the space feeling open and free of obstructions. Another custom feature is the rolling exterior mount bathroom door. Keep it closed for privacy, or roll it open to create an obstruction free, modern, open space for unparalleled access and beauty. 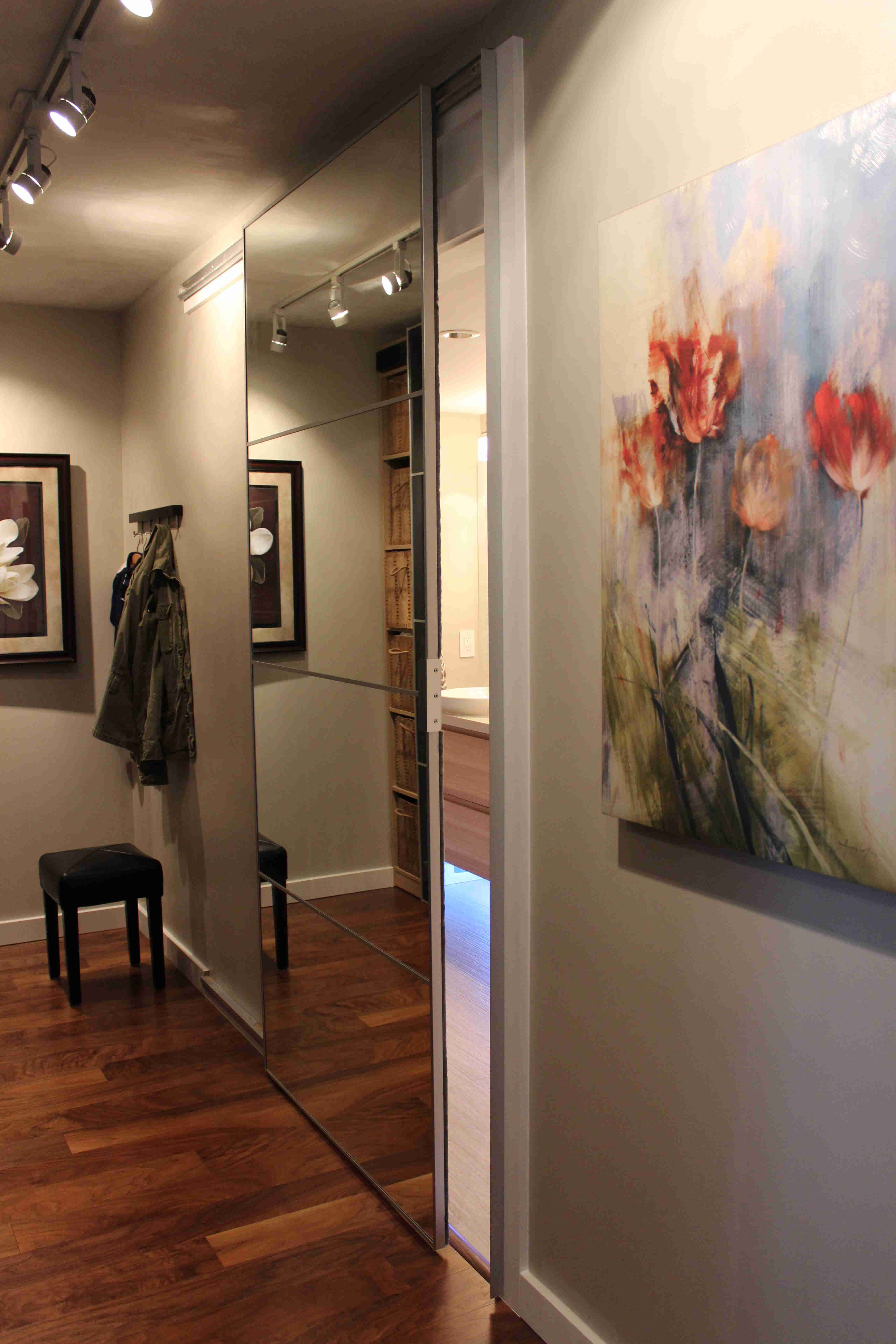 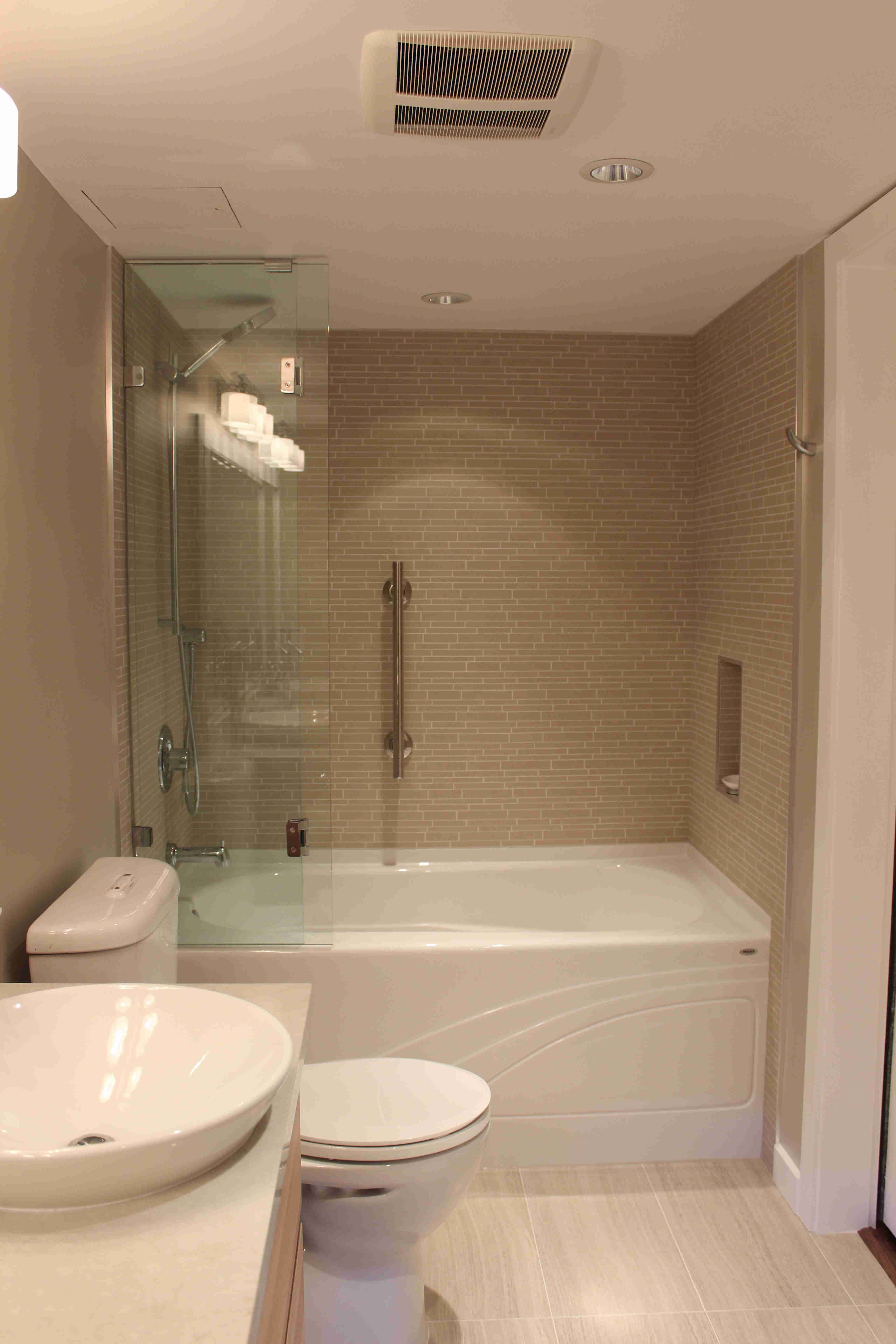 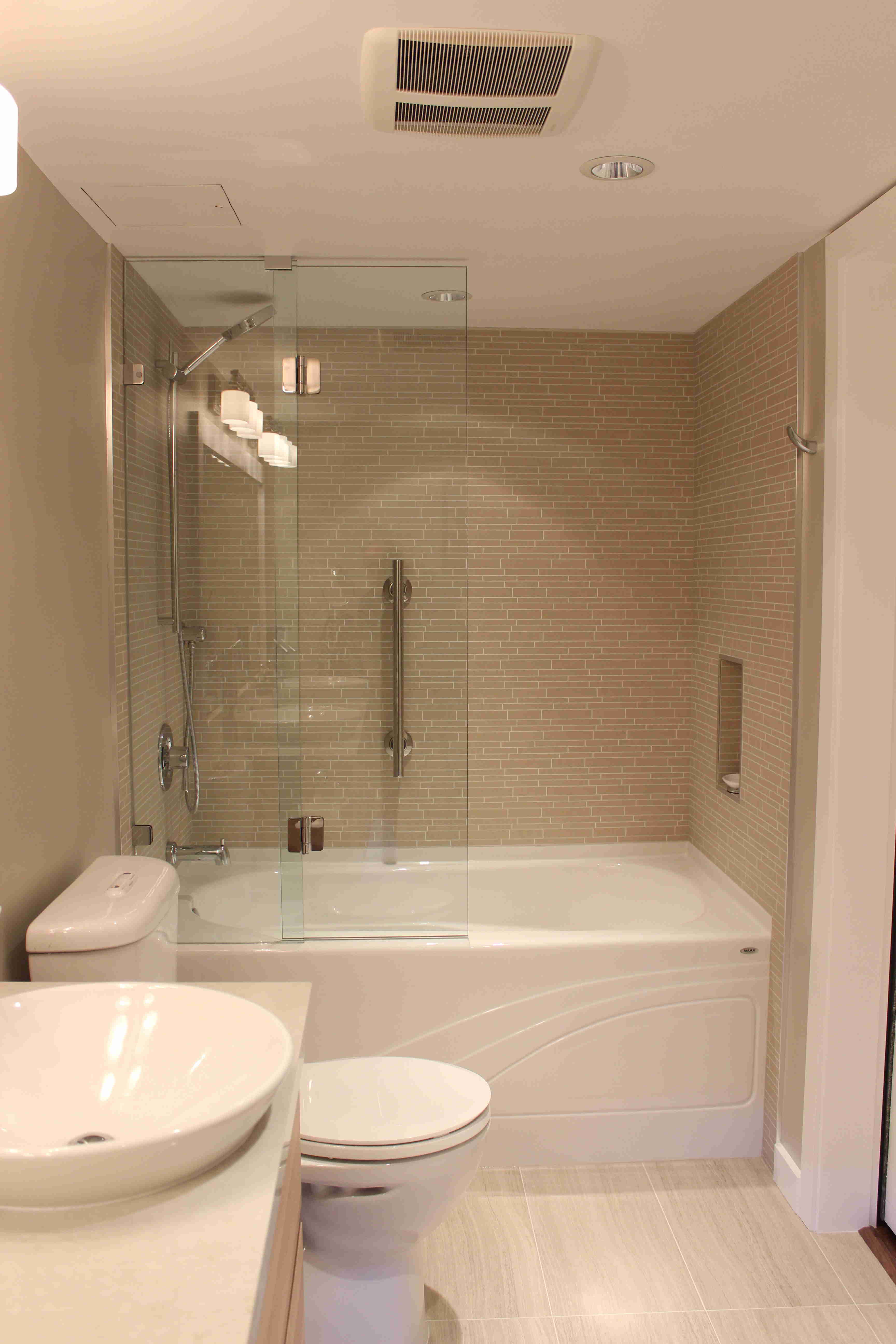 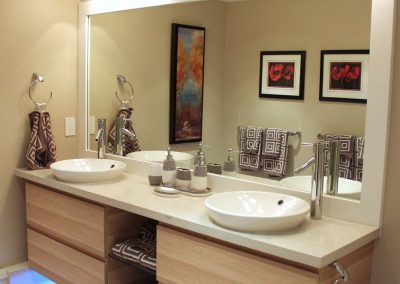 See more of our Bathroom Projects

Contact SKG Renovations today for a free estimate, and get your Kitchen upgrade underway!

Back to Home page

E-mail us for a free assessment and labour quote. Make your renovation experience awesome.